Given that this was the first conference that Appeon had hosted, I thought it went extremely well.  There were a few areas for improvement, which I'll address at the end of this article.  Attendance was good and diverse.  It seemed like there were a significant number of people attending from outside of the United States.   (Appeon later indicated that 24% of the attendees were from outside North America, 4% from Asia, and 10% each from Europe and Latin America).  There was a lot of energy and excitement on the attendees part, and the sessions overall appeared to have been high quality and well attended.  The facilities were great, if a bit small, and the services provided by Appeon to facilitate travel between the downtown hotels and the conference location were a great touch.  If you didn't attend this year I would highly recommend it next year, particularly given we should have some exciting new 2018 features to see next year.

The conference was held Sept 25th through 27th at the Harris Conference Center in Charlotte, NC.  The facility is located on the campus of the Central Piedmont Community College, just a few miles from the Charlotte Douglas International airport.  Most of the attendees stayed at the Holiday Inn in downtown Charlotte or other downtown hotels.  Appeon provide shuttle busses that ran every 30 minutes between the Holiday Inn and the conference center at the beginning and end of each day of the conference.

The keynote, lunches and some sessions were held in the Full Conference Hall.  Other sessions were run simultaneously in the Ash, Birch, Cypress and Maple conference rooms.

During registration and each morning the next two days breakfast was offered.  It was the standard carbs and fruit offering typical for such events.  Doesn't quite fit my diet so I made other arrangements, but most other attendees seemed content. 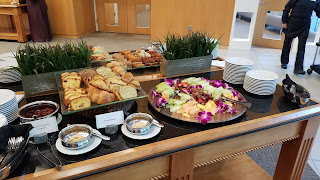 Armeen Mazda started the opening keynote.  He discussed "what we have accomplished" 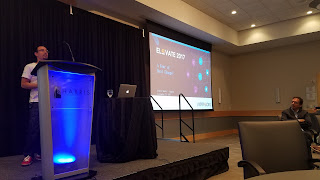 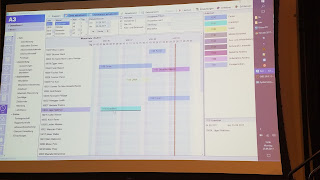 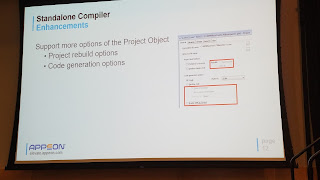 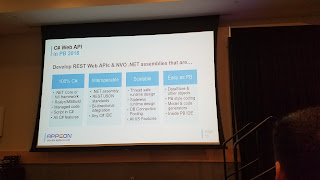 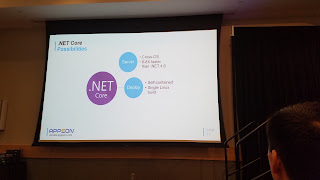 Chris then demoed some of the C# development capabilities they were planning for 2018. 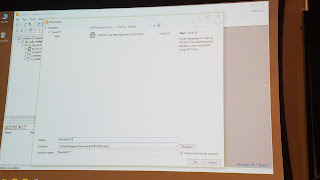 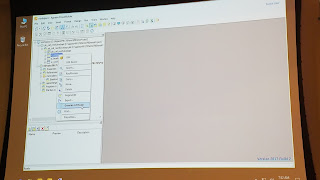 Mike Croyle of CBIZ spoke next, another customer success story 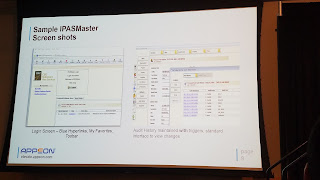 Armeen then spoke again on Appeon 2018 and beyond


Filiberto Sosa of Sizes and Colors then spoke, another customer success story 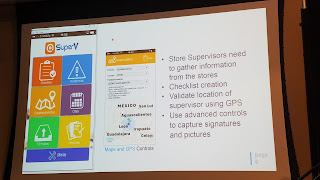 During the keynote they announced the availability of a mobile application (based of course on PowerBuilder/Appeon) for accessing the conference schedule. 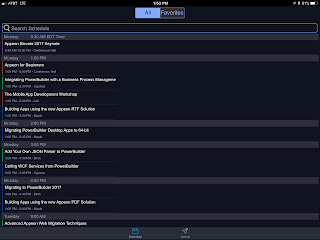 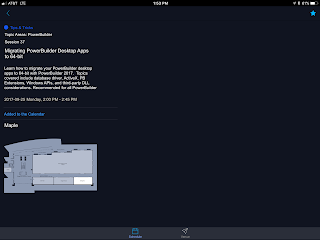 The app showed the time and duration of the sessions, where they were located, and gave a synopsis of them.  There were also printed session lists posted throughout the conference area.  The rooms weren't very far apart and there was an electronic notice outside each room with the session name so it was relatively easy to find them.

The lunches had a local flair to them, as a result of which I ate more macaroni and cheese in the three days of the conference than I have in the last three years! 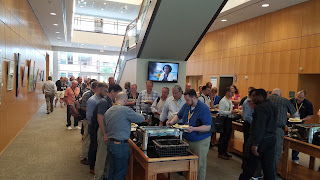 I had three sessions I presented on Monday afternoon:

Quite a number of the sessions became standing room only, such as this presentation by Ronnie Po on Tuesday: Snacks and soft drinks and water were provided in mid-mornings and mid-afternoons.

The special event was held Monday evening at the NASCAR Hall of Fame.  It's normally only open from 10 AM to 6 PM, so we had it for a private event. 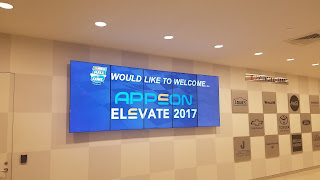 Food (hamburgers or bratwurst with sauerkraut) were provided as well as an open bar. 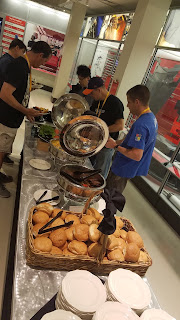 The main attractions were simulators for pit crews and races.  Many of the attendees seemed to having great deal of fun squaring off against their fellow attendees.

I had four sessions I was presenting on Tuesday:


Because of my own schedule I wasn't able to attend any other sessions.

I had two sessions I was presenting on Wednesday:


That allowed me to attend the only session by another presenter I was able to get to the entire conference.  On Wednesday afternoon John Hnat of Foundation Software did an "ISV Discussion on PowerBuilder's Roadmap". 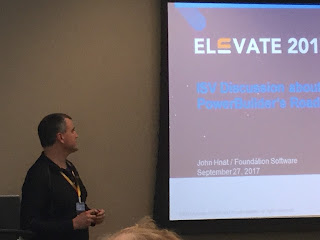 His discussion points were:

Thoughts for next year

Posted by Bruce Armstrong at 9:26 PM